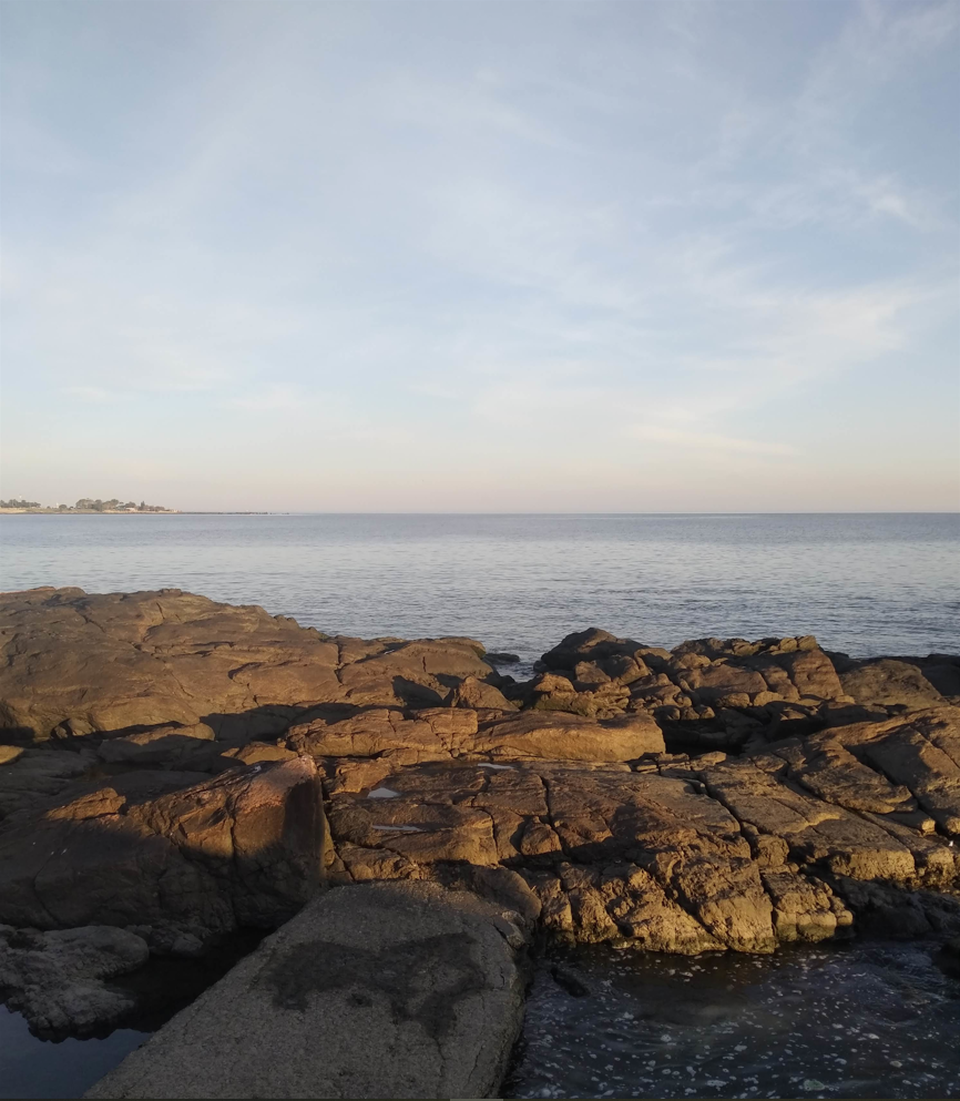 Uruguay is the name of my country and also is the name of one of the two rivers that form the Río de la Plata (the river of the silver) on whose shores is the city of Montevideo, my city, the southest capital of the world.

The river is so open that it is actually a estuary, sometimes more sweet, others more salty, depending on the tides, as in my life, maybe because I was born in front of it, and I lived there for some years. My actual home is 1.4 km from there and I go there very often because it is the closest contact I can have with something natural. In this river I had spread the ashes of my loved dead ones: my grandmother Dorita, my grandfather Elbio, my grand uncle Eliana in 1996, 1997 and 2000. The ashes of my husband are in the roots of a tree in front of the river also, in the Cerro, on the other side of the Montevideo bay.

In this river I asked for protection to be able to give birth to my daughter, Sara, the day of Yemanyá, the queen of the water, who we tribute every february 2nd. In this river I have felt inspired for my political work, because during the dictatorial process (1973-1985) in a military operation named "Cóndor", people were thrown from planes into the water, and their bodys still somehow there, in the bottom, with "shoes of cement", at least in our collective conscience.

In this river I swim twice a week to rebuild my back after a not very lucky surgery, in order to be able to live and work without pain, in a desired future. The river gives me hope. My trainer is very disappointed with my performance because I swim very slowly, because he is not aware that for me is a major success to be there in contact with the elements, feeling the power of the earth with her gravity, the power of the water making me floating, the power of the air in my lungs, and the fire of my heart beating in the cold water. I am there inside the river somehow doing water Tai Chi, slowly, and I love it. I have no hurry, I have no were to go.

In this river, I have fear, because last week a man was killed and cutted in pieces and for days has been found the body, one leg and one arm, the head, one arm, and finally the last leg.

In this river, I live, I meditate, I love, I pray, I cry, I relax, I enjoy. In this river my ashes are going to be spread by my daughter.

Is the sweetest and saltiest of my life.