LUOTAAMATON ALUE - THE UNSURVEYED AREA
JEANETTE SCHÄRING is internationally active and deeply rooted in an ecological and holistic way of thinking. Her artistic research is often in relation to the place and its communities and about our sensitive ecosystem. She works place specific with the environment and the community around water and plants and colour, empowering and connecting people. In her work, she is highlighting the aesthetic and our communication between human and non-human. She uses fiber, textile, water, plant-materials, performance and photography.
She has worked in many different transdisciplinary collaborations and projects. She has participated in various conferences and artist residencies around the world: Madagascar, India, Laos, Indonesia and Malaysia. In New Zealand she studied craft art, and health and medicinal plants with indigenous Maori. She has written joint articles and published a book
Her work focuses on artistic research of colour from plants relating to water and light. The colours from plants connect us as humans through perception, life course, wisdom and health. 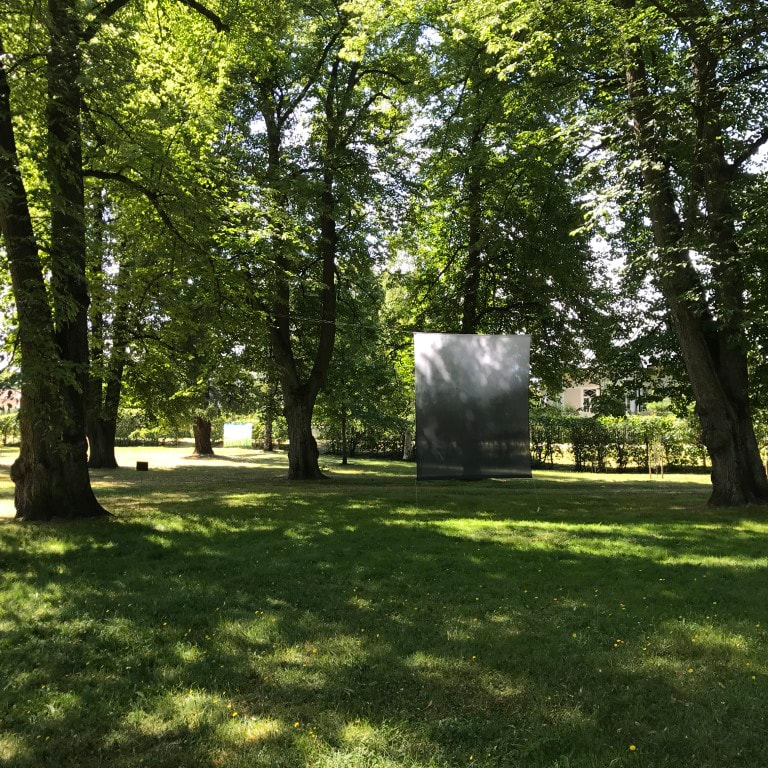 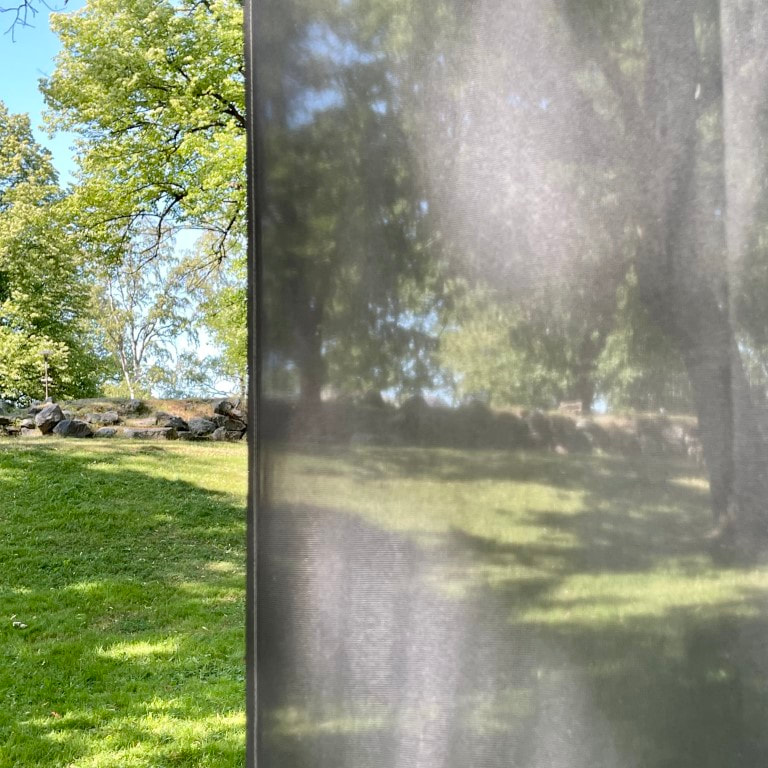 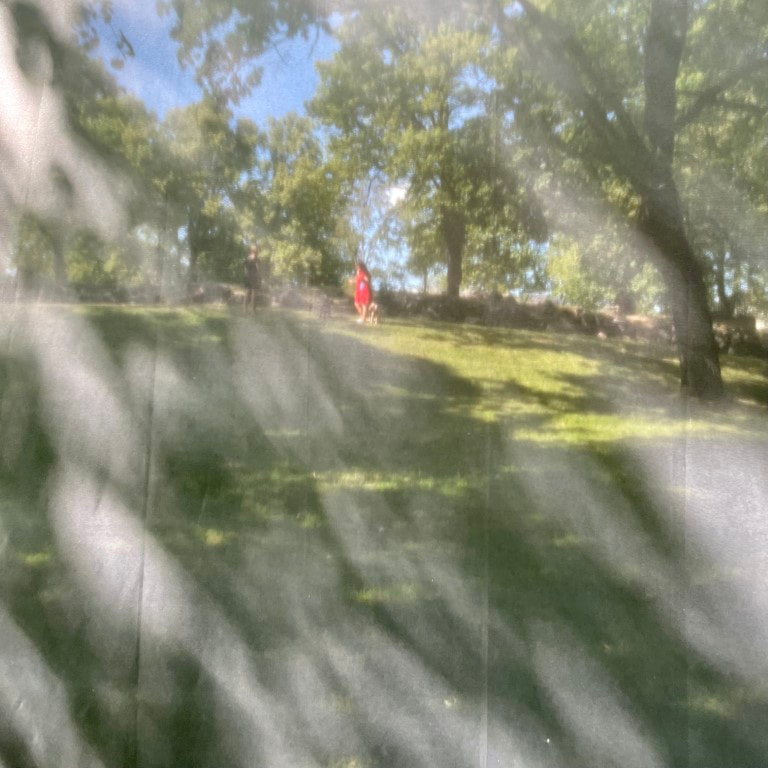 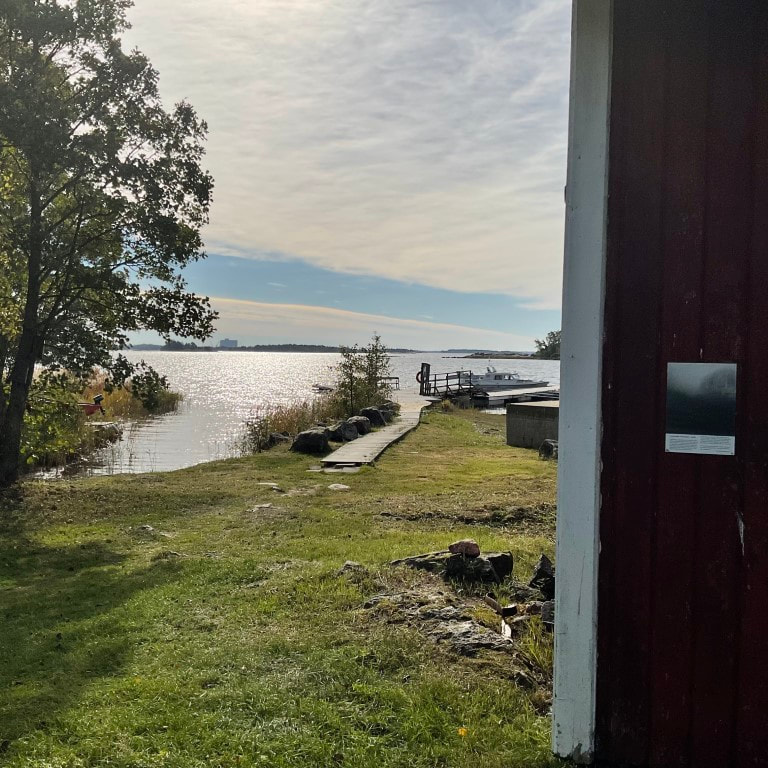 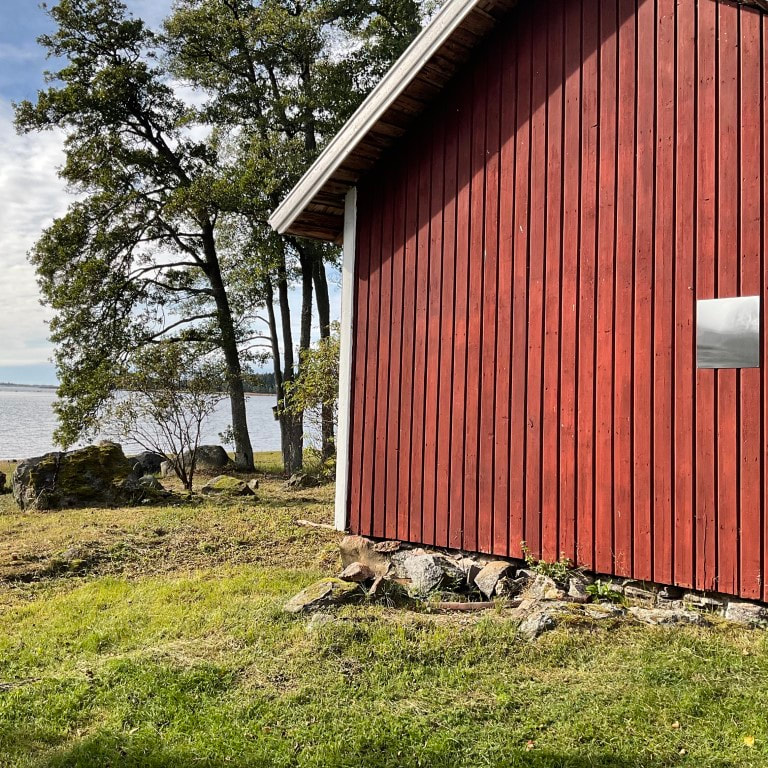 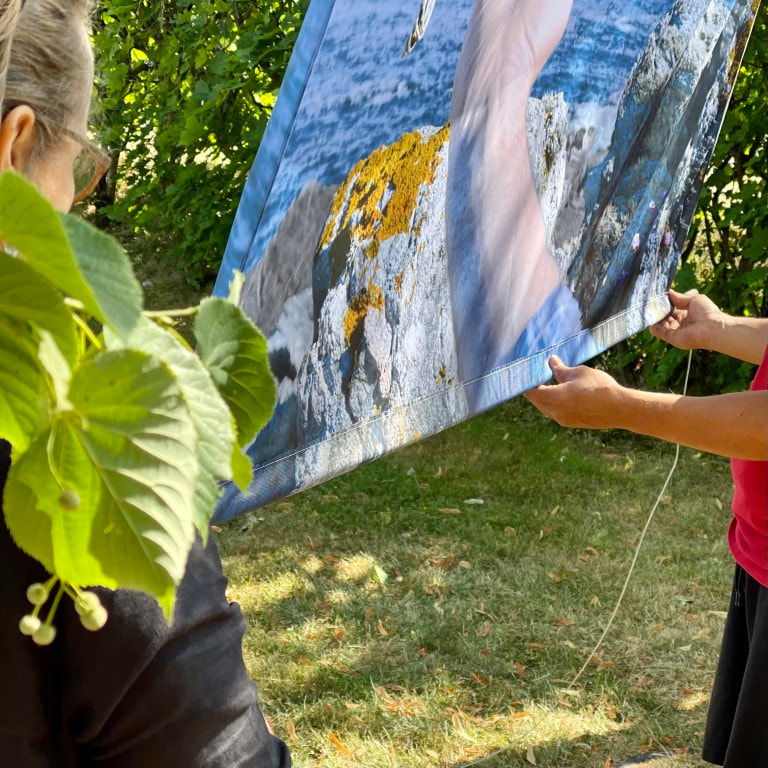 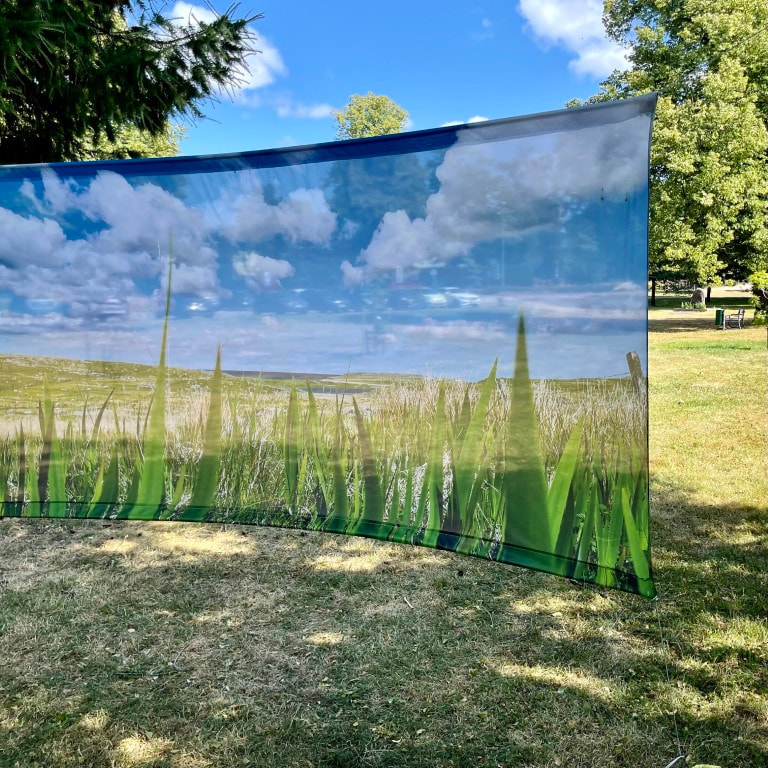 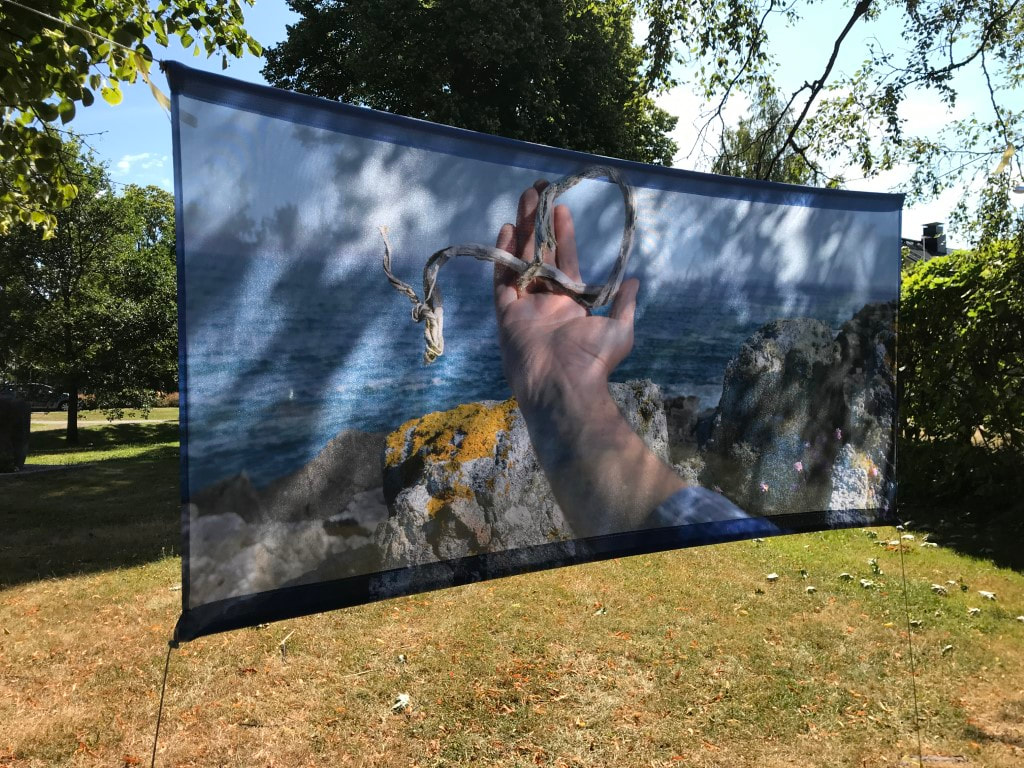 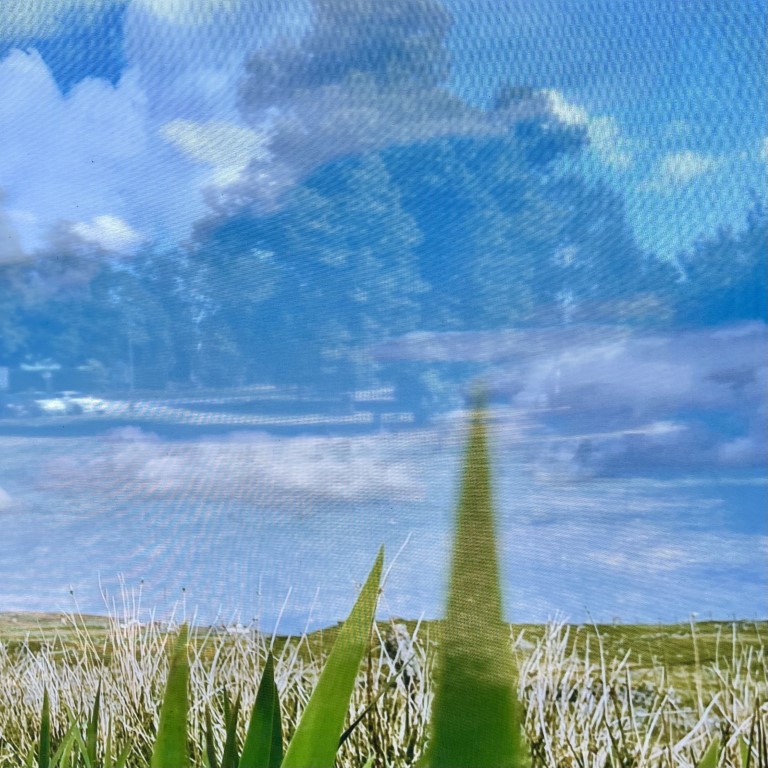 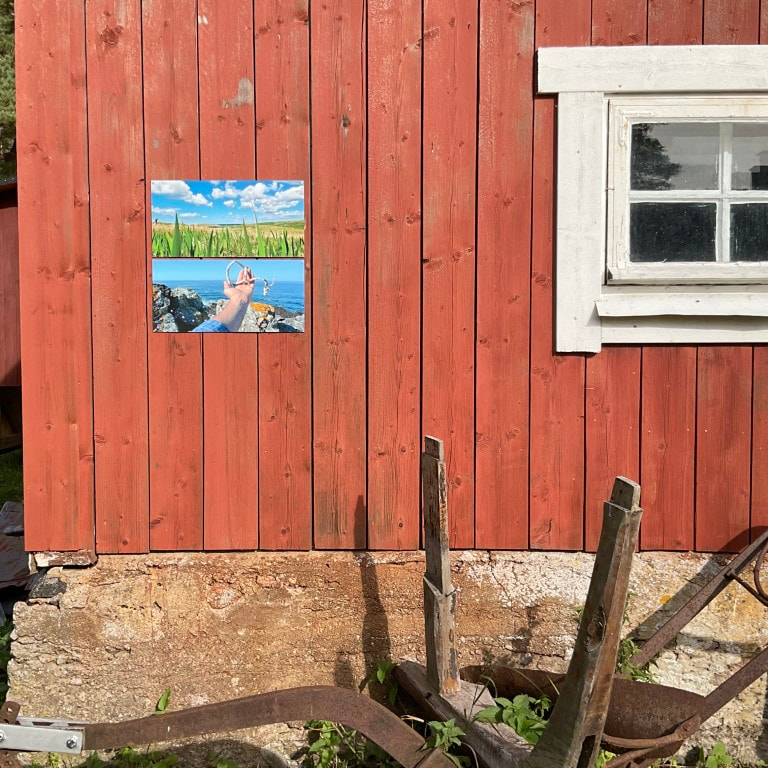 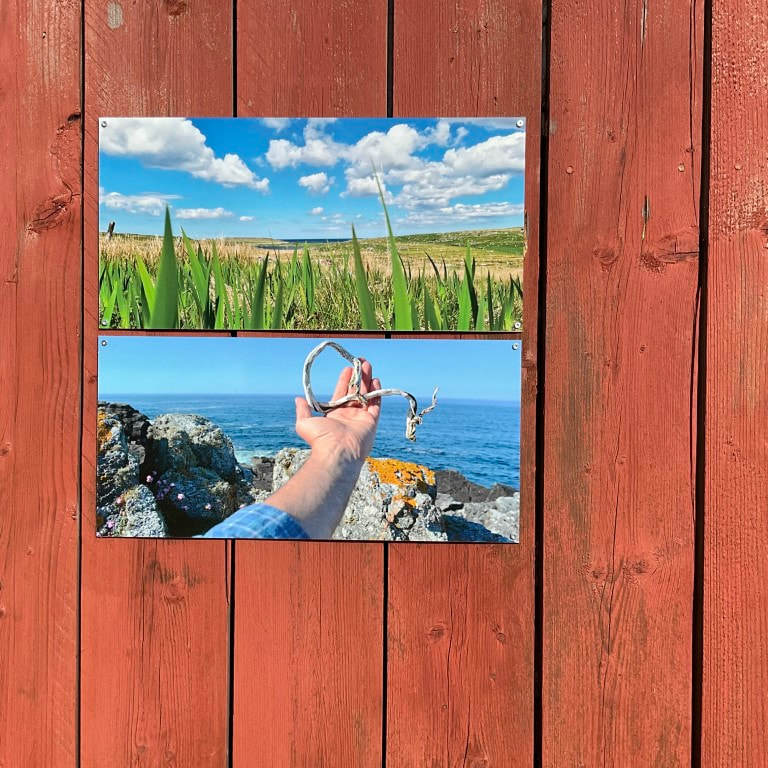 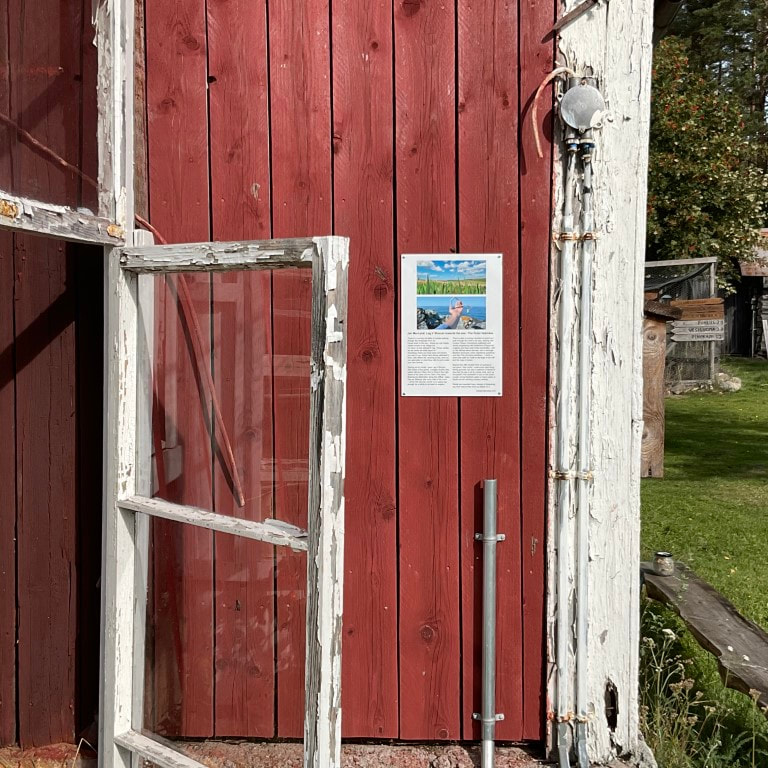 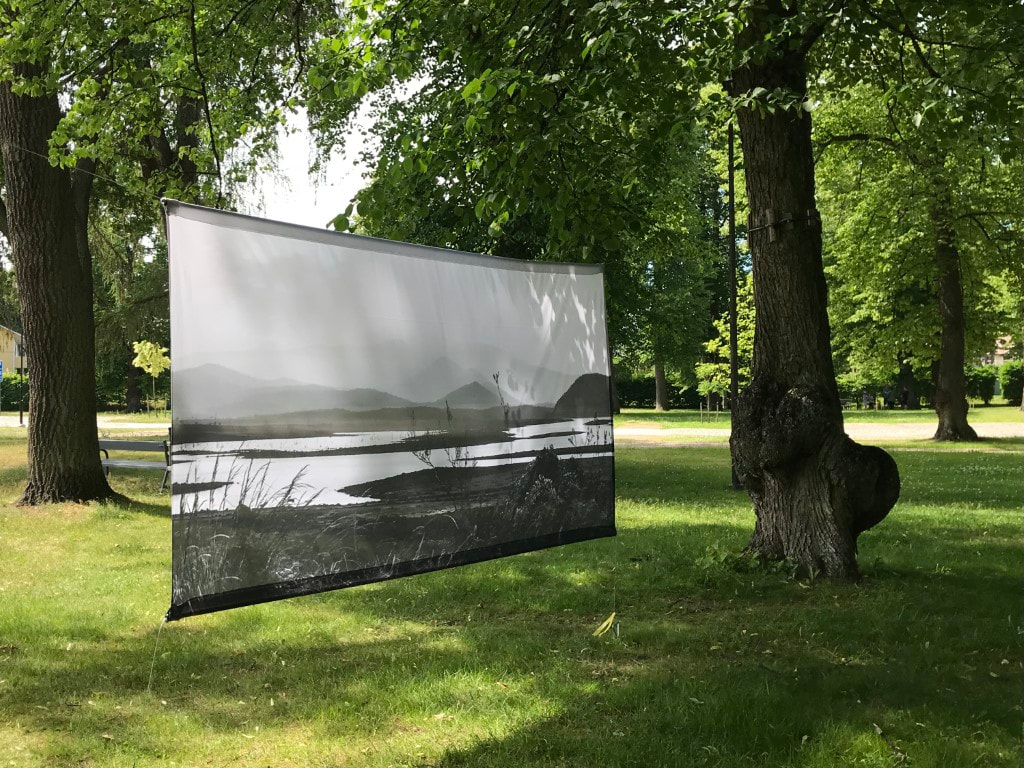 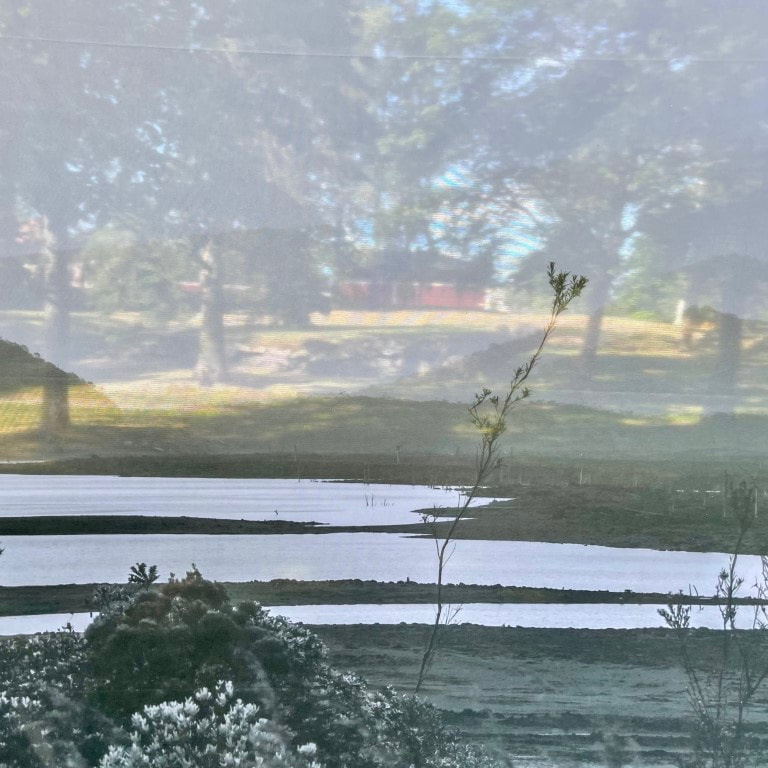 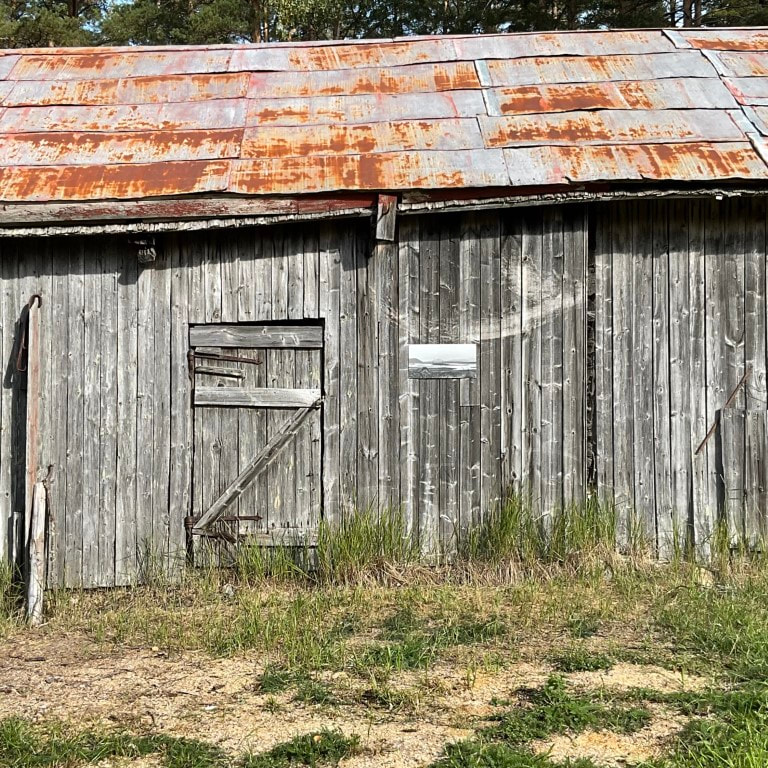 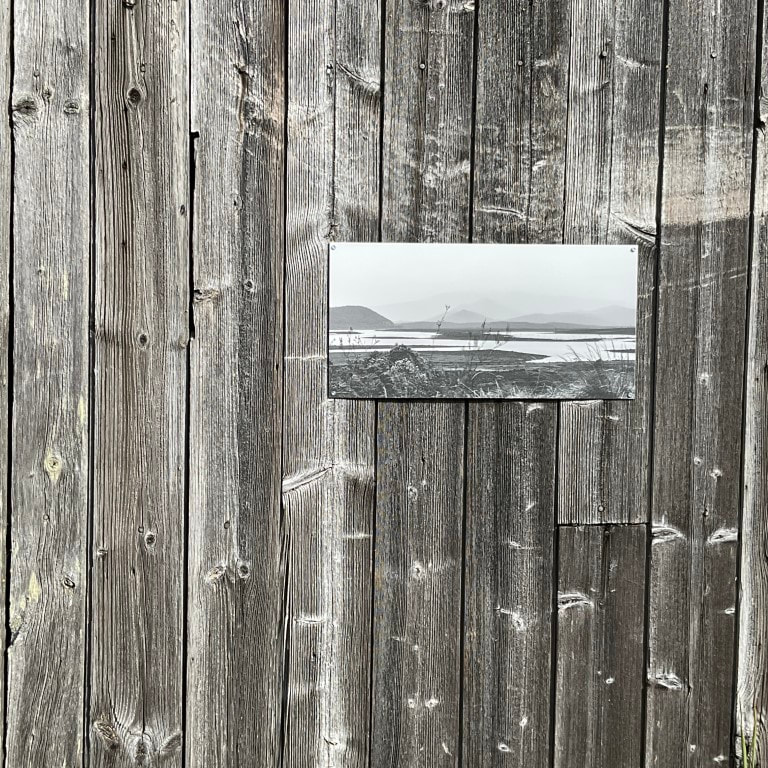 Some of my ancestors lived in Lithuania until the late 19th century, before they emigrated to the United States. In 2016 I visited this beach on the Baltic Sea near Klaipėda.

I drove down with my Finnish wife, via the ferry from Helsinki. On that cloudless day I was imagining my great-great-grandfather walking and swimming in that same place on the Curonian Spit, which was part of Russia and Germany at the time he was living there. It probably wasn’t a nude beach then.

Growing up in America I almost never heard this history of my family and it’s only recently, now that I’m spending part of the year living in Finland, I’ve become more interested in discovering these roots.

Uruguay is the name of my country and also is the name of one of the two rivers that form the Río de la Plata (the river of the silver) on whose shores is the city of Montevideo, my city, the southest capital of the world.

The river is so open that it is actually a estuary, sometimes more sweet, others more salty, depending on the tides, as in my life, maybe because I was born in front of it, and I lived there for some years. My actual home is 1.4 km from there and I go there very often because it is the closest contact I can have with something natural. In this river I had spread the ashes of my loved dead ones: my grandmother Dorita, my grandfather Elbio, my grand uncle Eliana in 1996, 1997 and 2000. The ashes of my husband are in the roots of a tree in front of the river also, in the Cerro, on the other side of the Montevideo bay.

In this river I asked for protection to be able to give birth to my daughter, Sara, the day of Yemanyá, the queen of the water, who we tribute every february 2nd. In this river I have felt inspired for my political work, because during the dictatorial process (1973-1985) in a military operation named "Cóndor", people were thrown from planes into the water, and their bodys still somehow there, in the bottom, with "shoes of cement", at least in our collective conscience.

In this river I swim twice a week to rebuild my back after a not very lucky surgery, in order to be able to live and work without pain, in a desired future. The river gives me hope. My trainer is very disappointed with my performance because I swim very slowly, because he is not aware that for me is a major success to be there in contact with the elements, feeling the power of the earth with her gravity, the power of the water making me floating, the power of the air in my lungs, and the fire of my heart beating in the cold water. I am there inside the river somehow doing water Tai Chi, slowly, and I love it. I have no hurry, I have no were to go.

In this river, I have fear, because last week a man was killed and cutted in pieces and for days has been found the body, one leg and one arm, the head, one arm, and finally the last leg.

In this river, I live, I meditate, I love, I pray, I cry, I relax, I enjoy. In this river my ashes are going to be spread by my daughter.

Is the sweetest and saltiest of my life. 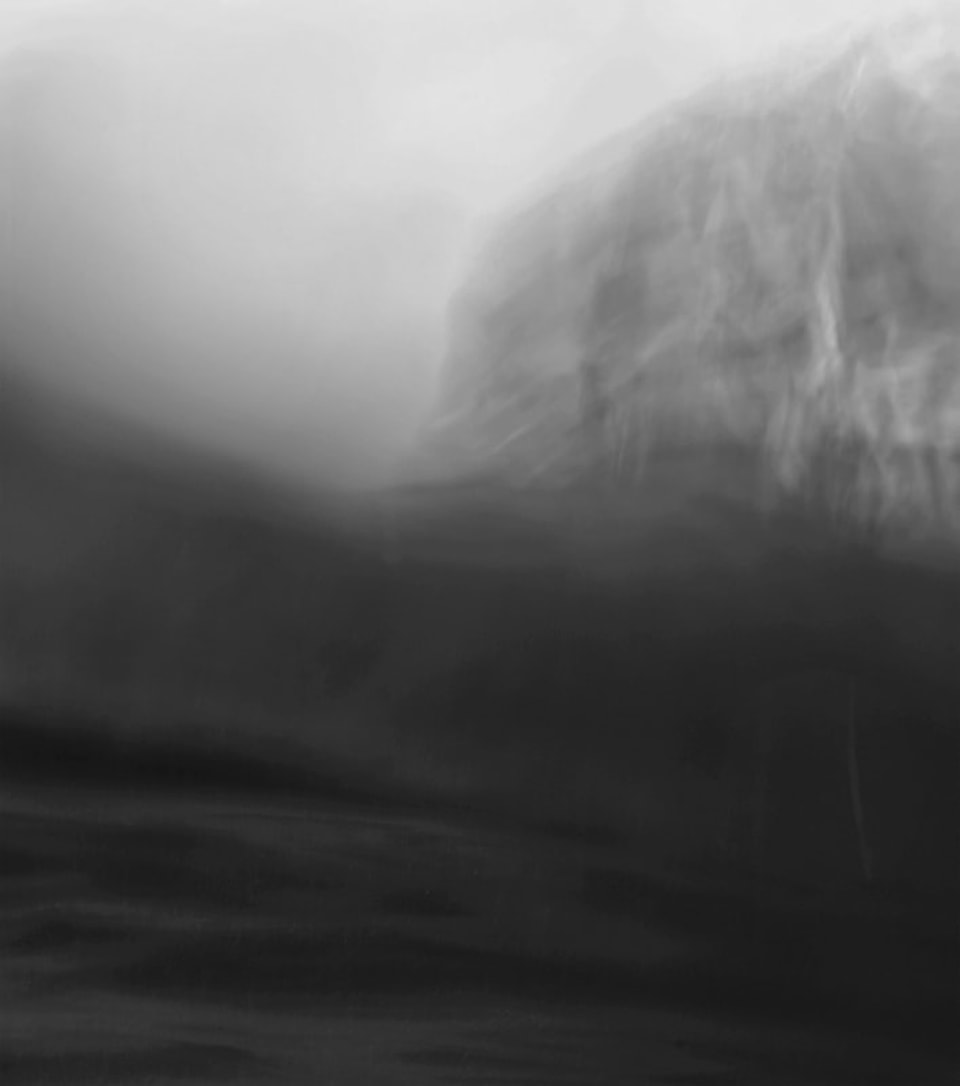 I spent most of my life at sea, living on a boat. When we dropped anchor to build our home on Kaua`i, Hawai`i, I quietly mourned the loss of my freedom. I missed the sound of water lapping against the hull, the never-ending horizon extending into the distance, and the sky defining my seemingly boundaryless life.

A short sail out into the Pacific Ocean took me to Lehua Rock. It became my way to escape my new life and return for a moment to what I had left behind—sunlight disappearing into an endless depth, a familiar-feeling mystery and wonder.

As I looked up from below the surface, the sunlit rock had taken liquid form, terra firma rediscovered. Acceptance. 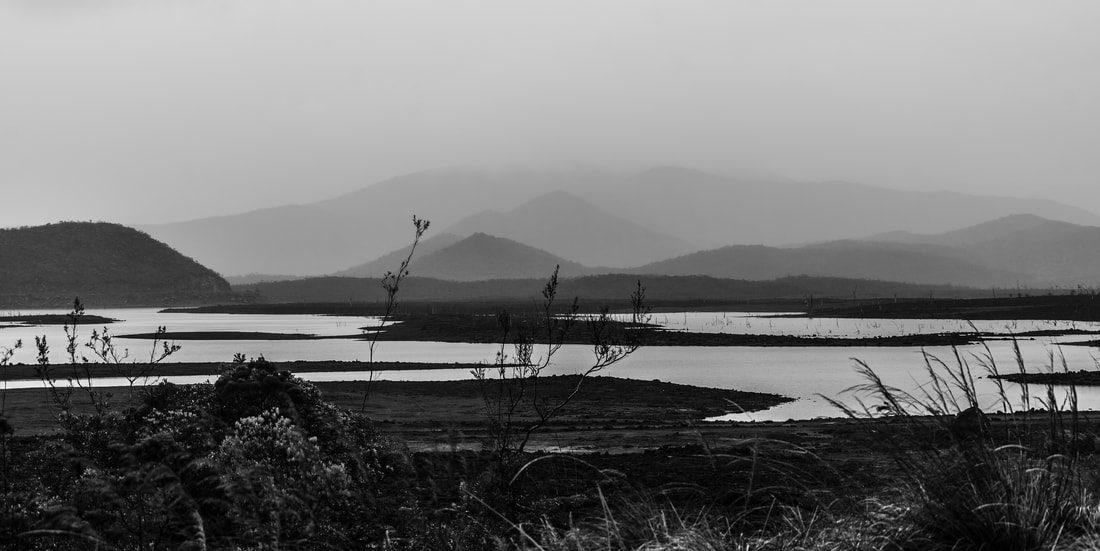 We are in Yaté, customary area of Djubea-Kapone, lands of kanak’s tribe, where the ground, full of metal, is redder than the sun himself. We are in New-Caledonia, gifted and doomed by Nickel.

Seventy-two years ago, there was only a river here. A river and lands. But the growing nickel industry was craving for energy and a hydroelectric dam was built to feed the blast furnaces of the pyrometallurgical factory SLN. Then, the Yat river turned into the biggest lake of the country, forty square meter of drowned forest and dead woods.

Nature was, as often, stronger than we can possibly imagine and the lands surrounding the lake became a luxurious park, now protected area, shelter of many endemic species such as the iconic cagou.

This could have been a nice story if humans were more inclined to learn from their mistake and less inclined to exercise domination. But due to unreasonable human activities, this ecosystem stay increasingly threatened, impacting both nature and kanak’s social fabric.

This place is for me a symbol. A symbol of the struggle between deleterious and regenerative strength, between environmental activist and unscrupulous investor, but overall a symbol of our incredible responsibility. As far as can be New-Caledonia, it will never be far enough to escape all the consequences of our overconsumption. As the mist over the mountain, our future seems so blurry, but I still hope that we will have the heart to become the wind of change that will broke the domination patterns over the living.

JON MACLEOD: FROM LAG A BHOGAN TO GEO AN SHEOMA

There is a running narrative of names walking through the landscape from my house down to the sea – these are oral Gaelic names known in my village but not down on any standard map. These names are as handy as street signs for describing where you have been and where you want to go. Some have stories attached to them, with others the meaning is lost, and you can speculate on what they refer to and create your own fictions.

Starting at my house I pass Lag a’ Bhocan (the hollow of the ghost), Creagan Buidhe (the yellow hillocks) Eilean Ard na Reimh (the high island of the oars) and An Daim (The dam). Nearing my destination along the clifftop I pass Geo an Sheoma (the rocky inlet of the room – where the sea has carved out a space big enough for a family to sit down to supper).

There is also a running narrative of plants as I walk through the croft to the sea, starting with Cuckoo Flower (Cardamine pratensis) and slowly progressing with Butterwort (Pinguicula vulgaris) and Bog violet (Viola lanceolata), until on the cliff top above the sea I am in amongst Maritime Sunburst Lichen (Xanthoria parietina) and Sea Pink (Armeria maritima) – I clutch a dried kelp stalk as I walk to the edge of the cliff and the cusp of ocean

Beyond the cliffs another form of naming takes place. ‘Sea marks’, mnemonics describing fishing grounds, but also a plethora of names to describe the sea in all its variety exist, such as Strùplaidh (The backwash of sea on the shore usually during Northerly gales or heavy seas)’or Saobh-shruth (whirling contrary eddies).

Words are important here, instead of distancing you from nature they bond us deeper to it.

Stude has exhibited in Hawaii, nationally and internationally. Her work is included in the collections of Hawai`i State Foundation for Culture and the Arts and Honolulu Museum of Art in Honolulu, Hawai`i,  Bibliothèque Nationale de France in Paris, and Czong Institute for Contemporary Art, Czong, South Korea

Croatian-born, Stude lives on the island of Kauai`i, Hawai`i, of where she maintains a photographic/print studio.